The most obvious way to meet Romanian girls is to fly to Romania. It is highly recommended! If you visit Romania the girls you will meet will be 100 times better than the women you might meet in other countries, on the Internet or any other way.

First and most importantly, go to Bucharest! It is by far Romania’s largest city and the most cosmopolitan, open-minded and “forward” thi

nking place. It also has a lot of very attractive residents, among them a subset of Romanian girls that you can’t find anywhere else.

Bucharest is the one place Romanians relocate to in any quantity. Everywhere else in the country, the vast majority of the residents are either life-long locals or from somewhere relatively close by.
Bucharest, on the other hand, is absolutely full of people who moved there from all kinds of smaller locales. This is fundamentally critical because it makes Bucharest a place where people are used to (and often quite welcoming to) foreigners or newcomers.
Being the most cosmopolitan means, amongst other things, that you are going to meet both a lot of ambitious people, as well as people who speak English. For these reasons (and many others) Bucharest is going to be absolutely your best bet all around! 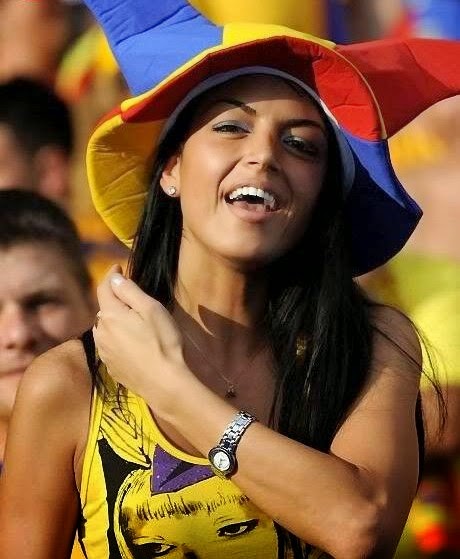 When you get to Bucharest, you will be merry, that’s a guarantee. Romanian girls are foxy. They are slight and splendidly cute, stylish and pretty bright.
Romanian girls have mix of Latin and East European heritage, giving them a real fiery, sexy edginess.
They are extremely fun, particularly loving music and dancing. Their passion for music is reflected in the relatively high number of recent hits to come out of the country.
They have a playful, advanced, edgy sense of humor. It can be hard to keep up with them.
Their very high level of English is compared to other European countries.
The dress code is very liberal in Romania and you’re likely to see a lot of skin on display, further causing your hormones to surge
Whilst they are notably religious (mostly Orthodox), in terms of their attitude towards intimacy, the sensuality in their blood dominates as they ooze passion. Romania is one of the few countries in Eastern Europe where it is common to see women topless at the beach.
Keep it real and make your words match your ideas and courage, that is if you have any. Do not flash money or impress them with your resume or nice car or other crude things, this will work with ‘new wave’ girls, but these are not the ones you want.
To win the heart of a Romanian women, you have to be not rich, but wise. Not egotistical, but humble.
Before I go any further, a couple of things to get straight. While this is a useful and straightforward information/guide, it isn’t a manual to prey on anyone, nor is it intended to be lecherous in any way. What goes on between consenting adults, regardless of nationality, is the only thing of concern in this post.

Check out our Bottle Service

Send message via your Messenger App